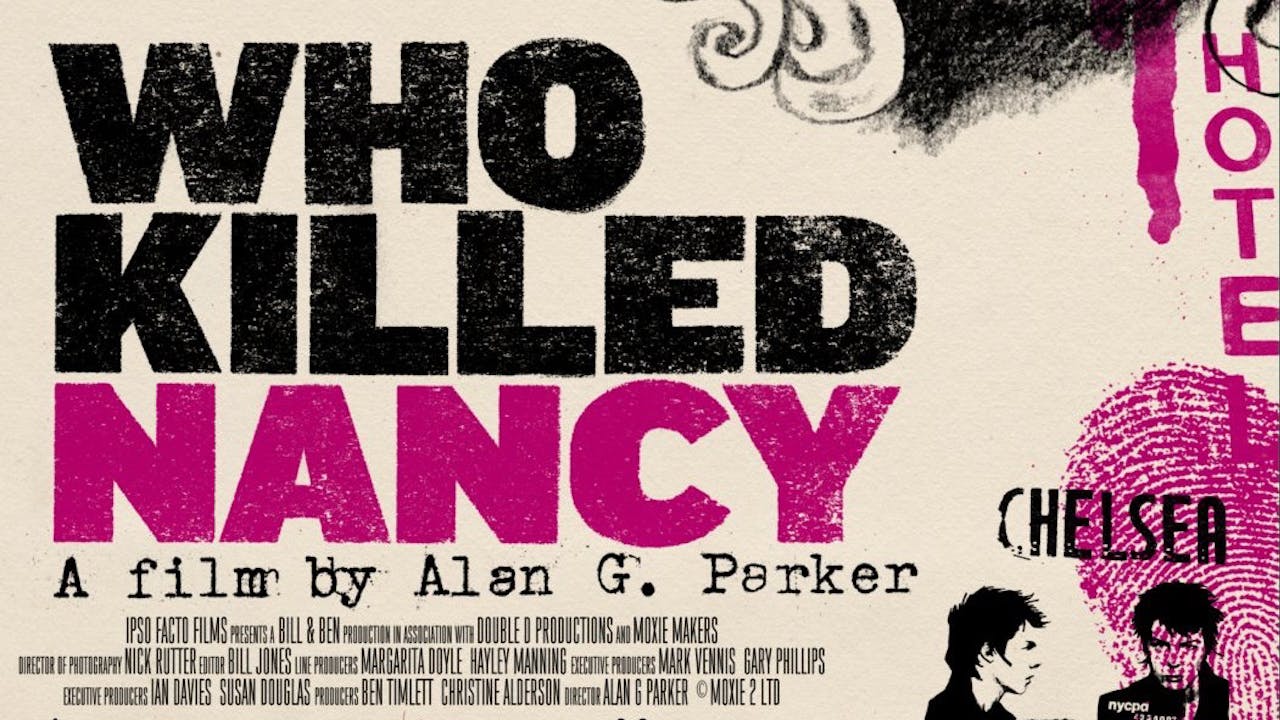 However, due to his own death within six months from a heroin overdose, the case never came to trial. In Who Killed Nancy director Alan G Parker, with 17 published books to his name including the best selling Vicious: Too Fast to Live, goes on a journey to discover the truth and... who killed Nancy?

Why were New York's police investigators so unconvinced of Vicious' guilt?

Who Killed Nancy has a load of revealing interviews and many extras.