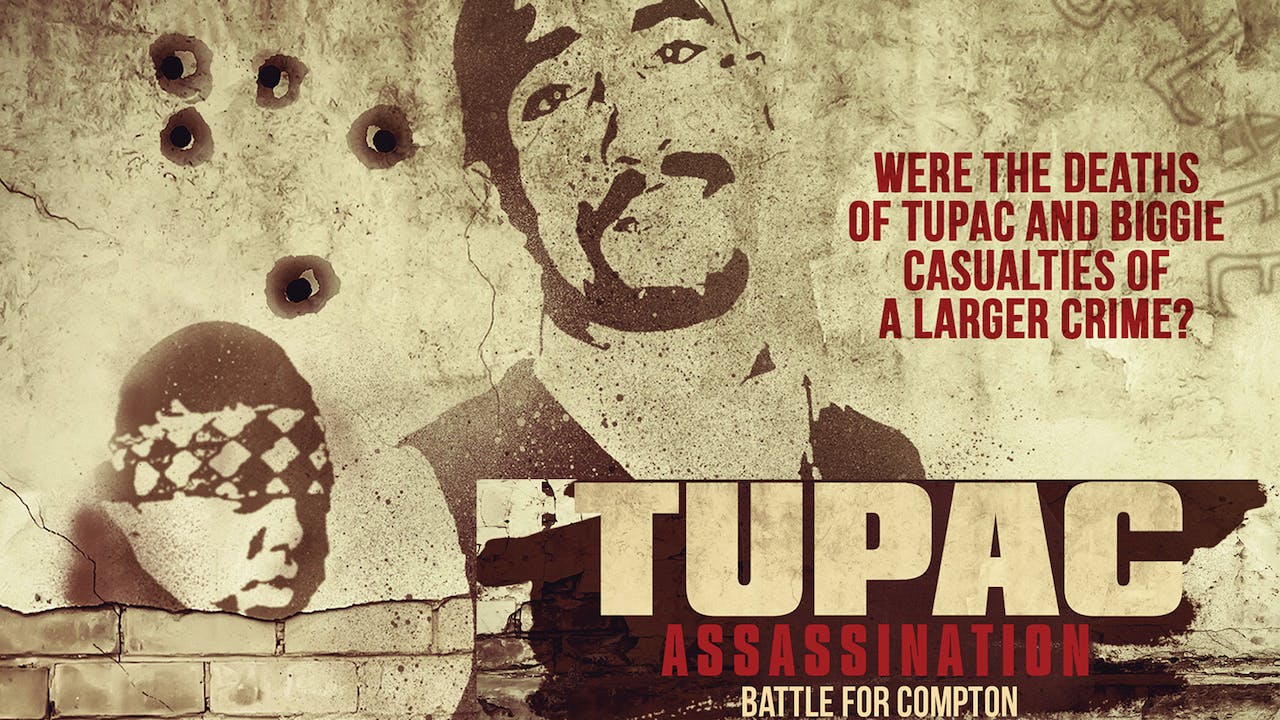 The unsolved murders of Tupac Shakur and Christopher "Biggie Smalls" Wallace still stir the public's imagination after 20 years. Yet law enforcement has been at a standstill to produce results.

The producers of "American Federale" and the first two "Assassination" films finally unravel the tangled cases and expose not only who may have done it, but also why these cases have never seen justice.

Assassination: Battle for Compton is the story of ‘The Machine’; a group of high powered individuals with a very dark secret they killed to keep and have spent the last 20 years hiding - hoping one day it will all go away before they do.

Filled with new federal and local government documents, as well as interviews with formerly involved Federal and Local Prosecutors and LAPD Detectives, as well as new witness interviews and unseen Shakur footage, Assassination: Battle for Compton explains how the untimely deaths of Shakur and Wallace were ultimately part of the destruction left in the wake of The Machine and its participants.

This is the story that over a dozen or more murders are related to; the story people at the top levels of the justice system do not want you to hear.

If you like this then check out the other Tupac films on Backbeat Docs.