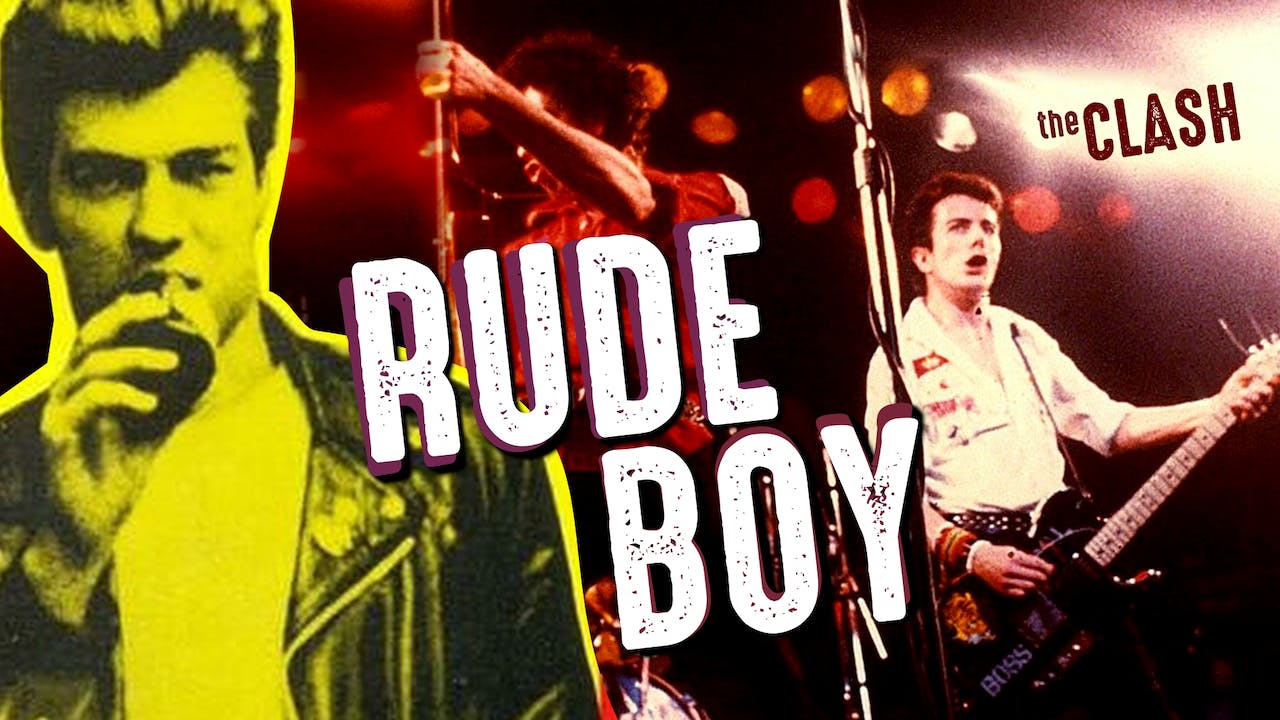 Rude Boy the movie follows punk Ray as he quits his job to become a roadie for The Clash.

Capturing The Clash in their prime in 1978 playing a number of blistering performances, and recording Give Em Enough Rope, Rude Boy is an unparalleled film document of one of the greatest ever British bands and a snapshot of Britain in the late seventies.

"Perhaps the best of the punk era films, 'Rude Boy' practises what it preaches. With its mix of documentary footage, largely improvised 'fictional' scenes and live concert footage of The Clash, it captures the guerrilla energy of punk and the racial tension of the time.
A fictionalised disillusioned kid (Ray Gange) attempts to spice up his wasted life by becoming a roadie. The film took a few years to complete and the written dialogue fits in well with the raw footage, making it seem all the more real" **** Empire

Also featured is the Clash in Munich, 19 minutes of raw footage from 1977 shot by Wolfgang Bueld.