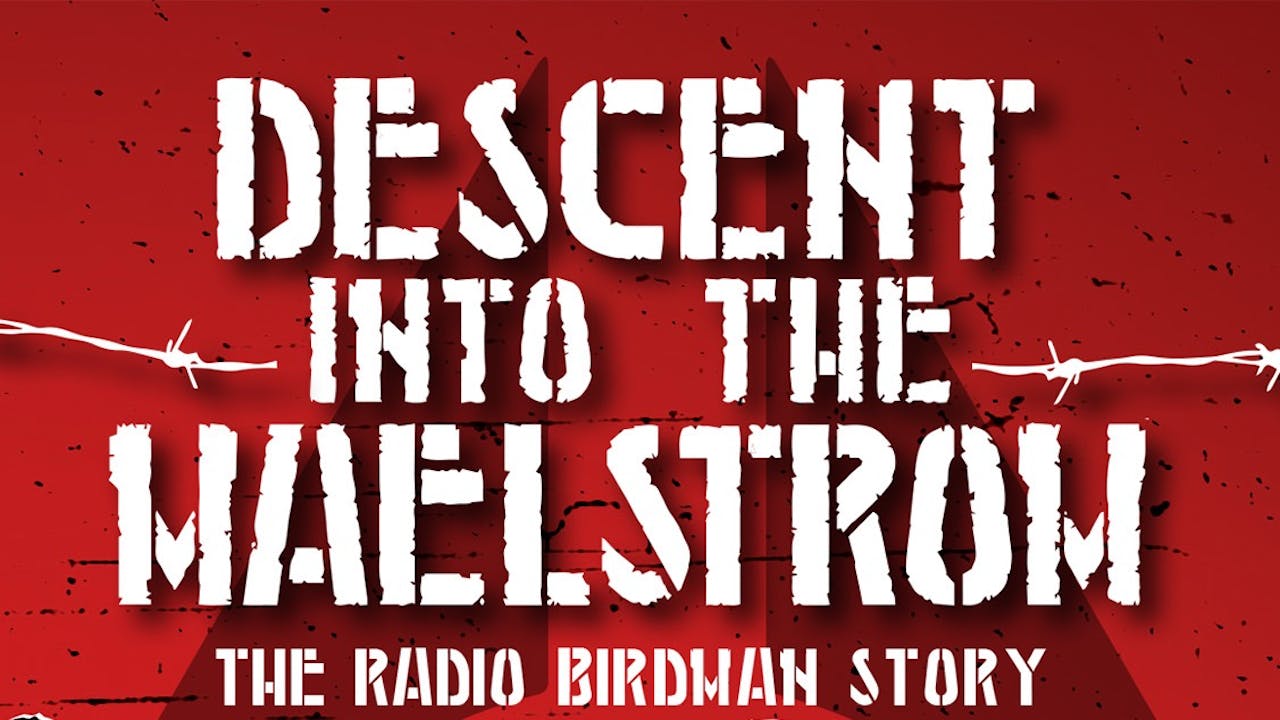 Radio Birdman - Descent Into The Maelstrom

Radio Birdman were different. Outsiders. Uncompromising. New York had The Ramones, London had The Sex Pistols and Australia had Radio Birdman.

In 1974, a year before the Sex Pistols formed, a group of outsiders got together to form Radio Birdman. Their ethos from the start was an uncompromising, high energy rock’n’roll. Nobody was going to tell them how to do their art or music.

They were kicked out and shut down, venue owners literally pulled the plug on them and bouncers threatened to beat up the fans that followed them around. But Radio Birdman continued, starting their own venue, The Funhouse.

From this base of operations, they inspired a ‘New Race’ of disaffected youth, kids drawn from the leafy Sydney suburbs to the inner-city, ready for a change. Radio Birdman was the prototype for the revolution in the Australian music industry, including their first independent EP to their debut album, Radios Appear.

Along the way Radio Birdman’s determined stance sees them attacked by everyone from Nick Cave to The Saints. But when Seymour Stein of Sire Records saw them in Australia, he ended up dancing on the tables that night and signed them on the spot. But the driven intensity of the band turned inwards and they broke up during a bitter UK tour.

Years later they re-unite. Can they put aside their differences?

Descent is a look at how a great band works or sometimes doesn’t work. While other reunion bands go through the motion, Radio Birdman’s intensity and passion remains undimmed. This is essential viewing for fans of The Ramones, The Stooges and The Sex Pistols.