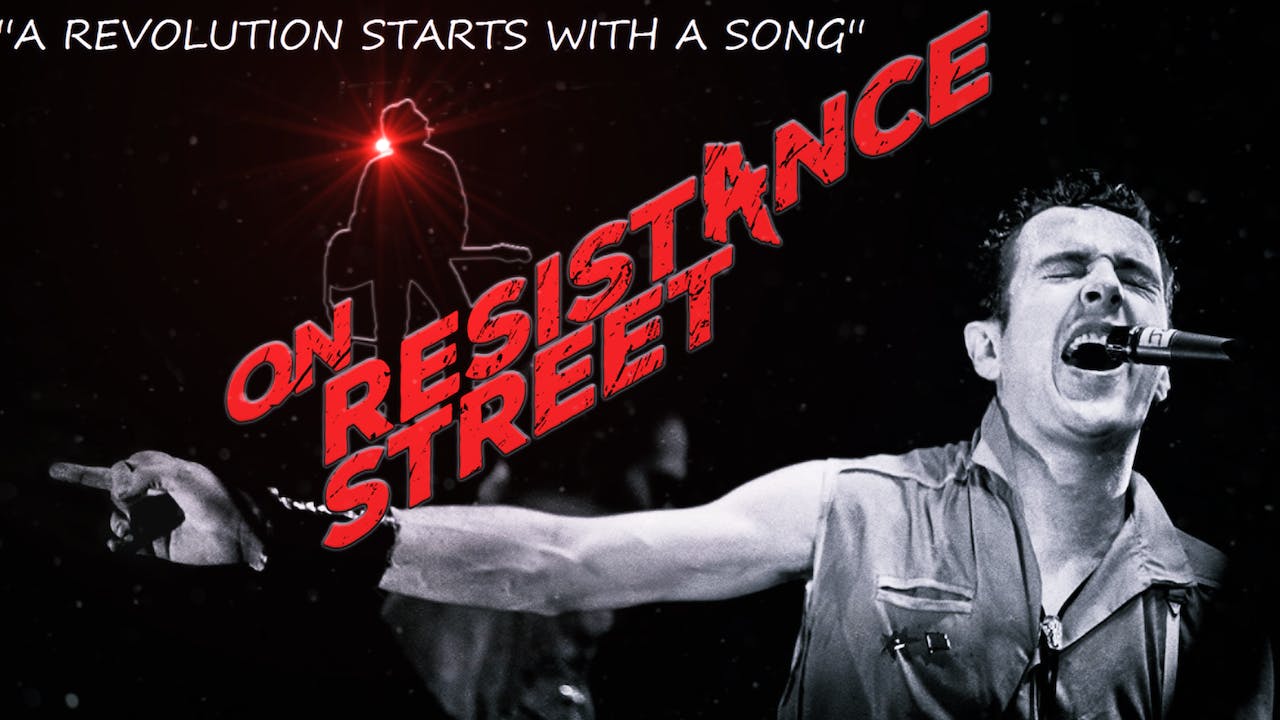 IN PRODUCTION - On Resistance Street

ON RESISTANCE STREET is a 90-minute feature length documentary, addressing the 'culture wars' of the present era. It is a powerful, no-holds-barred portrait of the contemporary cultural zeitgeist, featuring contributions from many renowned artists musicians, writers, film-makers and activists. It examines the socio-political legacy and impact of The Clash and other artists, upon a whole generation of young people in the late 1970s and how all that manifested into a collective stance against racism and prejudice. In reflecting on the societal stances of such artists, it then establishes how right wing politicians and commentators have now attempted to blatantly appropriate The Clash and other radical artists, for their own political ends.

''Is what was true, now no longer so?''. JOE STRUMMER 'Johnny Appleseed'

In a time when right wing populism, and the attendant rises in racism and anti-immigrant rhetoric abound, the film asks as to what this bizarre, irrational collective syndrome really represents. ''On Resistance Street'' opens with a retrospective look at 'Rock Against Racism in 1978 – a touchstone of radical youth Sub-culture and multi-culturalism - which helped ensure the defeat of the National Front whilst inspiring the politics of many 80’s artists. It then moves into the present, dissecting British Prime Minister Boris Johnson's 2019 announcement, concerning The Clash
supposedly being one of his two favourite bands. In doing so, it also shines a light on very sinister events which directly followed that statement – in a Tory Party Political broadcast – and the reactions and organised responses of original Clash fans and people close to them. These developments are framed within key moments of recent history, which have ensured the energisation of such social, political and cultural strands.

‘I interviewed Boris Johnson once for my Joe (Strummer) book ”Redemption
Song”. He tried to tell me that The Clash represented the same things as
Thatcherite Libertarianism. I didn’t use his interview.''.
CHRIS SALEWICZ Author, Broadcaster and Biographer of JOE STRUMMER.
From ”On Resistance Street” 2021.

The ferocious universal impact of the internet and social media as an engine for such factors, comes under keen focus with David Bowie's extraordinary prophetic Millennium predictions, acting as a launchpad.

''I think we've only seen the tip of the iceberg. I think we are on the verge of something both truly exciting and at the same time, terrifying. I think its going to change the way we view society completely, whether it be for better or worse.'' DAVID BOWIE

''We are anti-fascist, anti-racist and pro-creative. We are against ignorance.'' JOE STRUMMER

The energies of Right Wing cultural appropriation, find huge echoes in social media musical groups dedicated to The Clash and others. That via people flooding such environments, with mass declarations embodying glaring dichotomies within their reactionary political views and the original musical messages. Faced with large social media groups established in his name and containing legions of bigoted, racist Trump and Farage supporters, just what would a radical artist like Joe Strummer have made of all this? In asking this potent question, ''On Resistance Street''chronicles a
powerful energy of international collective creative resistance, led by Clash fans. The film follows the evolution of a Clash-themed Facebook community into a real life Anti-Fascist, Anti-Racism campaign group, drawing on the musical traditions of the original ''Rock Against Racism'' era.

It covers the launch of that entity at a major London 'Live Music' event in October 2021, featuring bands, solo artists and prominent speakers. Accompanying gatherings of Members in America and
Ireland are also featured. The story documents a powerful energy of resistance and defence of radical music culture, which crystalises the desperate need for harnessing the often malignant whirlpool of the online social media universe, into positive, progressive energy forces.

'I believe in my heart that Joe would have fully supported this radical and much needed fightback.''
ROBIN BANKS Clash Confidente and Iraq Human Shield Activist.

The film features vintage footage, original photography shot on location in Britain, Ireland and America and innovative dramatised scenes, portraying key moments in the storyline.. An original soundtrack of contemporary protest songs by affiliated bands and artists, will also be released as a CD-DVD album.
This page will allow people to closely follow the film's production, with regular updates, trailers, interview clips and visual aspects.
''On Resistance Street'' is a powerful and compelling statement of our times. By utilising historical and contemporary references, it reminds us in timely fashion of the crucially important role that anti-fascist, anti-racist musical culture plays within western society.

''Some things are worth defending''.
Richard David. Director. November 2021

A co-production with Montaj Media