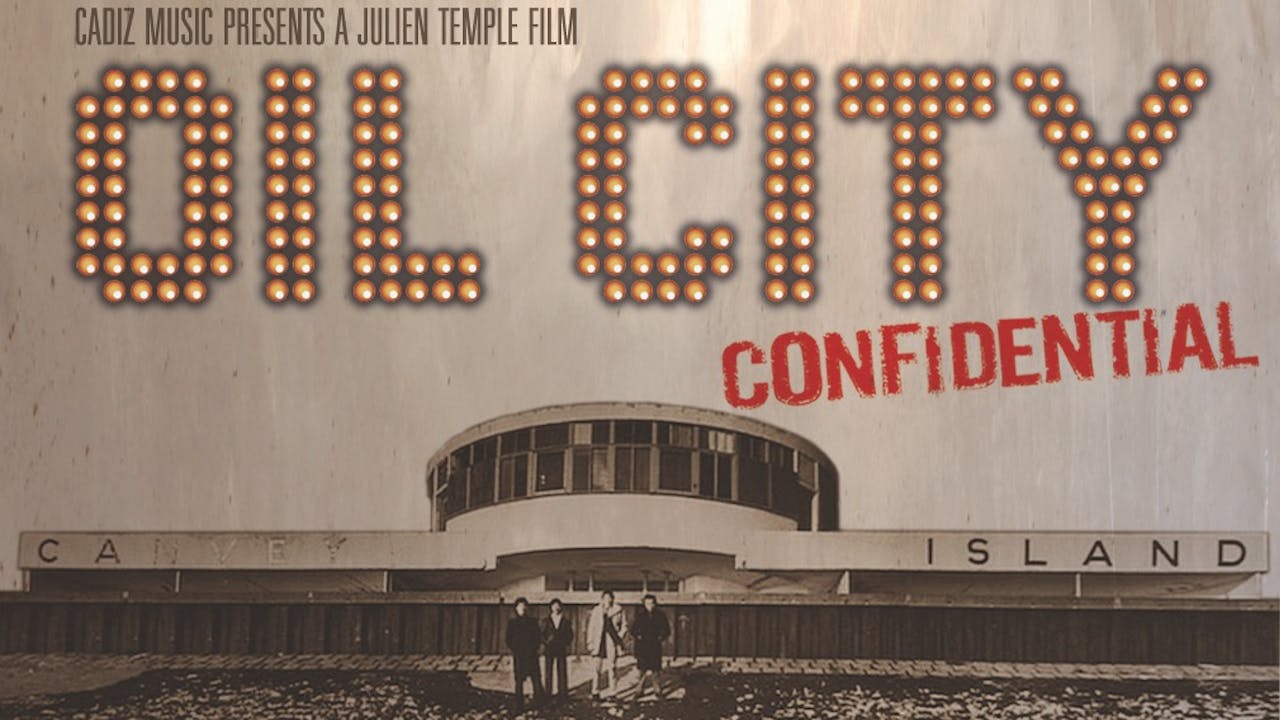 Julien Temple's Oil City Confidential is the last film in his trilogy on British music of the 1970s. It is a prequel to his landmark films about punk figureheads the Sex Pistols in The Filth & The Fury and Joe Strummer in The Future Is Unwritten.

Rather than being standard 'rockumentaries', Julien uses the music as a prism through which he examines the social and cultural conditions of the times. The films share his characteristic cinematic language - an irreverent and anarchic style of montage of archive and fictive footage, which he pioneered in The Great Rock & Roll Swindle.

The Sex Pistols' and Joe Strummer's roles are well known, but Dr Feelgood, who are the subject of Oil City Confidential, played a vital role in creating those conditions for that cultural explosion and is a story that is as yet untold.

Oil City Confidential is a film noir feature length documentary and about Dr Feelgood; it's the story of four men in cheap suits who crashed out of Canvey Island in the early '70s, sandpapered the face of rock’n’roll and left all that came before a burnt-out ruin, four estuarine John-the-Baptists to Johnny Rotten’s anti-Christ.

Cannibalizing the visual flotsam and jetsam of our society, welding into an emotionally engaging and humorous whole, Oil City Confidential sets out to explore this unique time, place and social landscape - all of which was responsible for shaping the identity of the band and which, more than any other, defined the strange cultural vacuum which existed before the coming of punk rock.

"I DON'T THINK [JULIEN TEMPLE'S] EVER MADE A FILM AS GOOD, AND PURELY INSIGHTFUL AS THIS ONE" - Peter Bradshaw, The Guardian