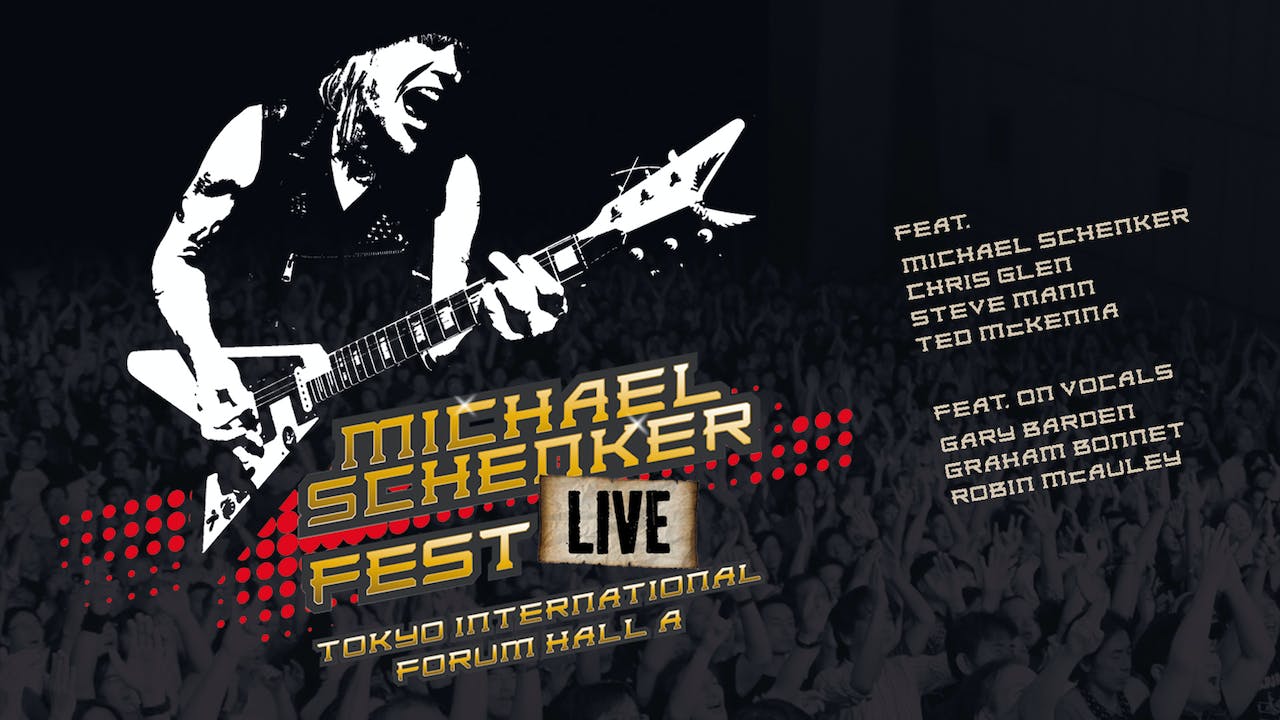 35 years have passed since the legendary MSG concert Live At The Budokan. Michael Schenker returns to Japan with his past original singers from the '80's to celebrate the Michael Schenker Fest with Gary Barden, Graham Bonnet and Robin McAuley at the amazing Tokyo International Forum.

5,000 fans witnessed an anthology moment of quintessential hard rock music of the highest calibre. It's a miracle that after all these years, something like this took place with the original band members of MSG. Being able to go back to those days and celebrate the music is an exciting experience for the band, as well as for old and new fans. To being able to re-experience, and for the new audience to get a feel of what it was like, is incredibly enjoyable.

For Michael Schenker it was an amazing feeling to have all of his MSG Family from the '80's performing together and especially with Graham Bonnet, who he never got to play any concerts after their Assault Attack album that was originally released in 1982. Fortunately, being able to have the participation of original MSG members such as Gary Barden, Chris Glen and Ted McKenna being part of it, and somehow, to perform with Robin McAuley and Steve Mann again as well, was pretty awesome for Michael Schenker.