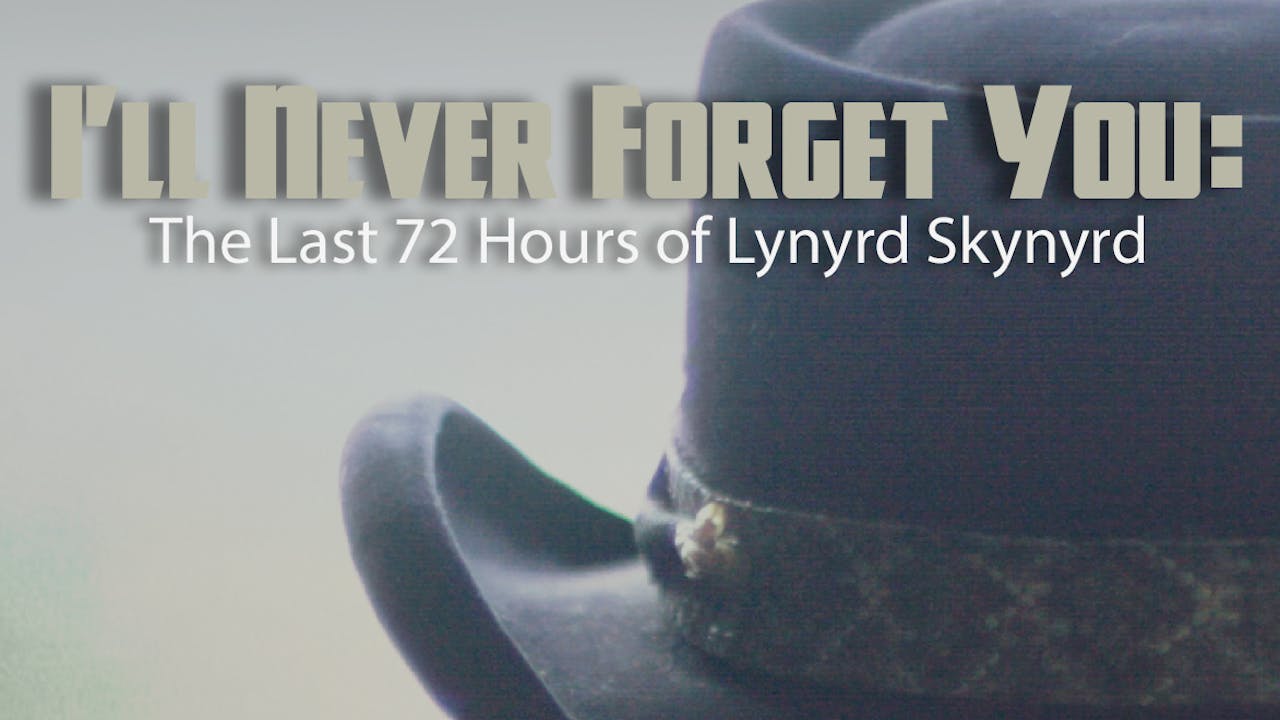 I'LL NEVER FORGET YOU: THE LAST 72 HOURS OF LYNYRD SKYNYRD chronicles the story of three survivors: security guard Gene Odom, lead backup singer Leslie Hawkins, and guitar tech Craig Reed. These survivors provide their firsthand accounts of the wild times of the band, the 72 hours leading to the crash, the harrowing crash itself, and its aftermath. The documentary is based on Gene’s book, “I’ll Never Forget You”.

"This documentary is simple and compelling. Told by survivors, this story gets close enough to what happened to give us hope — as if this time the story will end differently. At least that’s how it impacted me.

Gene Odom, who was frontman Ronnie Van Zant’s best friend and fishing buddy, does most of the story telling here. It’s supported by many who were there (Leslie Hawkins, Lynda Haun, Craig Reed, James Wall, Dwain Easley, Mike Wilson, Bobby McDaniel). We here firsthand accounts from fire rescue and the many local folks in Mississippi that showed up and helped out.

Several scenes were reenacted, including Gene’s argument with the pilot about grounding the plane until it is properly repaired. It’s creepy how close they all came to a safe resolution. Like many have stated before, it’s one of those sad stories (like Stevie Ray Vaughan) where an artist that loses its way starts to find it and is learning to walk a clean and healthier life and then it ends suddenly.

Get the tissues out, for you’ll need ’em at some point. The journey endears us closer to the band, as we hear what it was like to be in its inner circle, how much they partied, how good they were performing and the hope of a band that had hit the top and seemed destined to stay there a good long while." https://hmmagazine.com/dvanpelt/ill-never-forget-dvd-review/