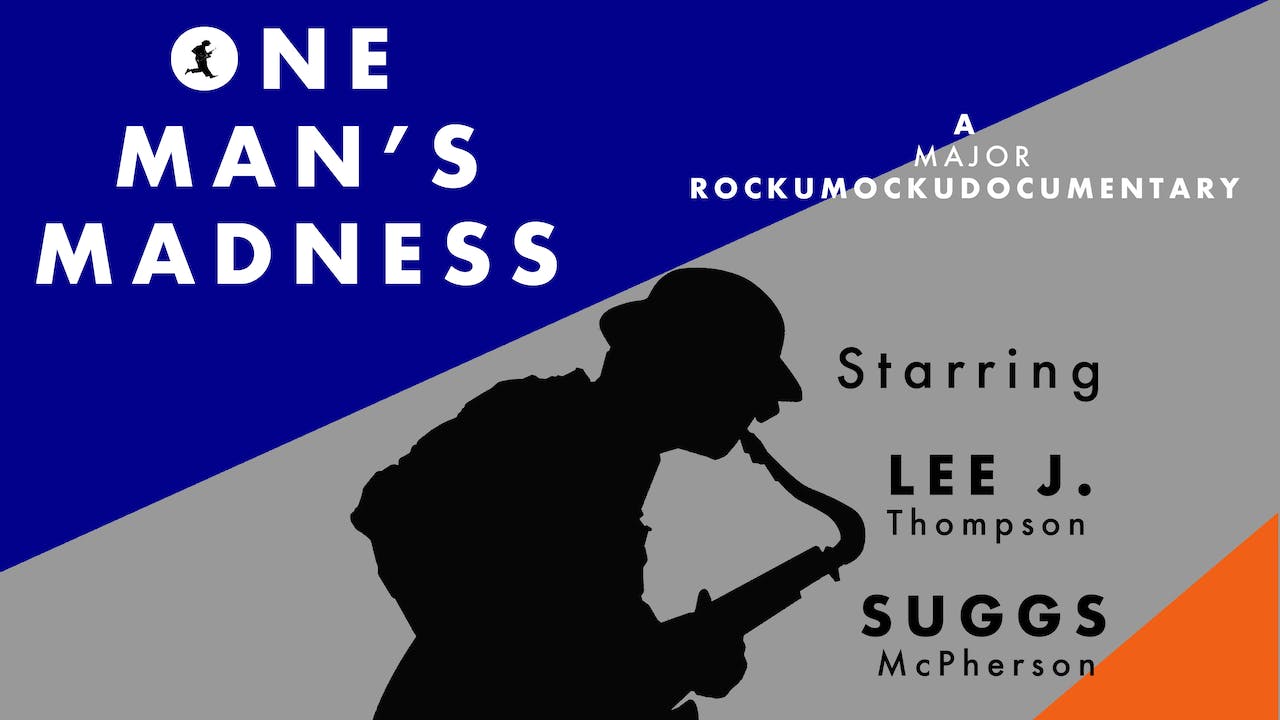 Lee 'Kix' Thompson is a most unlikely character. Early career choices had him spend a year in Borstal. He still hasn't found the receipt for his first saxophone. Luckily, he met two other unlikely characters: Mike 'Barso' Barson and 'Chrissy Boy' Foreman who shared his interests of graffiti, train hopping and music.

One Man's Madness, a feature length rocku-docu-mockumentary directed by Jeff Baynes, tells the story of Madness saxophonist Lee Thompson, told by Lee and his fellow Madness band mates, his family, friends and musicologists, who strangely all look a little like him!

From meeting Barso and Chrissy Boy, and later Suggs, Chas, Woody and Bedders, to becoming one of Britain's most iconic and successful bands, this joyous and light-hearted film follows the path of Lee's life through his lyrics and songs including such Madness classics as 'The Prince', 'Embarrassment', 'House of Fun', 'Lovestruck' and 'NW5'.

Director Jeff Baynes was first introduced to Lee on the video shoot for 'Baggy Trousers' and later 'House of Fun', while working as a young cameraman for Stiff Records. Forming a solid friendship over the years, Baynes would later work with Lee and Chrissy Boy on videos for their side project Crunch!

"I was always fascinated by Lee's versatility as an actor and the characters he created in the videos. It has taken 3 years to make the film, partially down to availability and also fine tuning to tell the tale of the start and development of Madness from their schoolboy friendships to becoming 'national treasures.'" - Jeff Baynes

"THIS INVENTIVE, KNOCKABOUT DOCUMENTARY TELLS THE TALE OF MADNESS, ONE OF BRITAIN'S MOST BELOVED AND LONG-SERVING BANDS, THROUGH THE PRISM OF ITS FOUNDING SAXOPHONIST AS WELL AS SINGER, SONGWRITER AND GENERAL ROGUE, LEE THOMPSON" - Radio Times