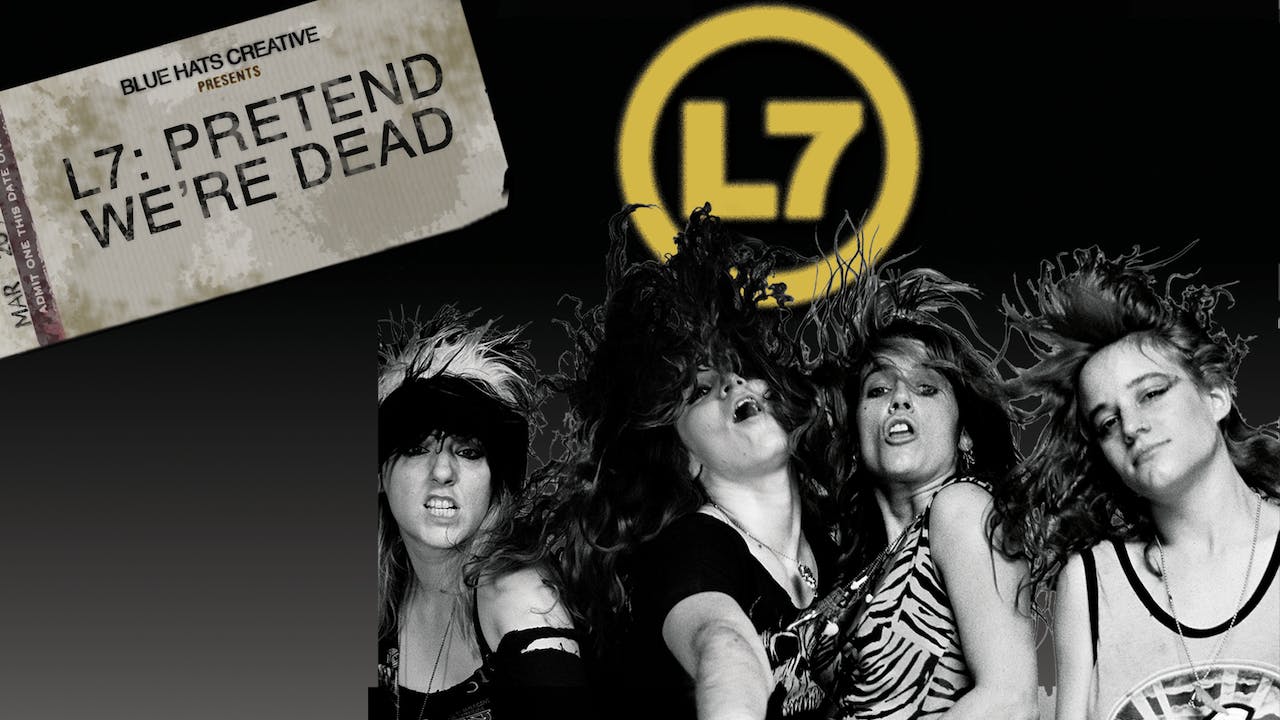 L7: Pretend We're Dead takes us on an all-access journey into the 1990's grunge movement that took the world by storm and the band that helped define it as the genre of a generation.

Culled from over 100 hours of vintage home movies taken by the band, never-before-seen performance footage and candid interviews, L7: Pretend We're Dead is an engrossing time capsule told from the perspective of L7, these true insiders who brought their signature blend of grunge punk to the masses.

Chronicling the early days of the band's formation in 1985 to their height as the ‘queens of grunge’, the film takes a roller coaster ride through L7's triumphs and failures, providing never-before-discussed insight into the band's eventual dissolution in 2001.

Formed by Donita Sparks and Suzi Gardner-guitars/vocals, the band completed their line-up with the addition of Jennifer Finch on bass/vocals and Dee Plakas on drums.

To highlight the fact that L7 was an all-female group, however, was to miss the point. "Our fans couldn't give a shit if we're women," Sparks says. "We did not set out to be an all-girl band. It just happened that way." Yet the ‘gender issue’ would return time and again for the band; from shock jocks refusing to play ‘chick rock’ to academics accusing the band of ‘incorrectly’ embracing their feminism to hard rock press implying the band was merely riding a wave of ‘grrl power’ trendiness.

Despite these obstacles, L7: Pretend We're Dead shows the thread of influence the band had not only on rock and roll but on future generations of women everywhere and is, at the end, a testament to the pioneering spirit of a band that refuses to take anything lying down. "They can't hear a word we said, when we pretend that we're dead".

"L7: PRETEND WE’RE DEAD SHOWS THE WORLD JUST HOW GOOD THEY WERE THE FIRST TIME AROUND" - UndertheRadarmag.com