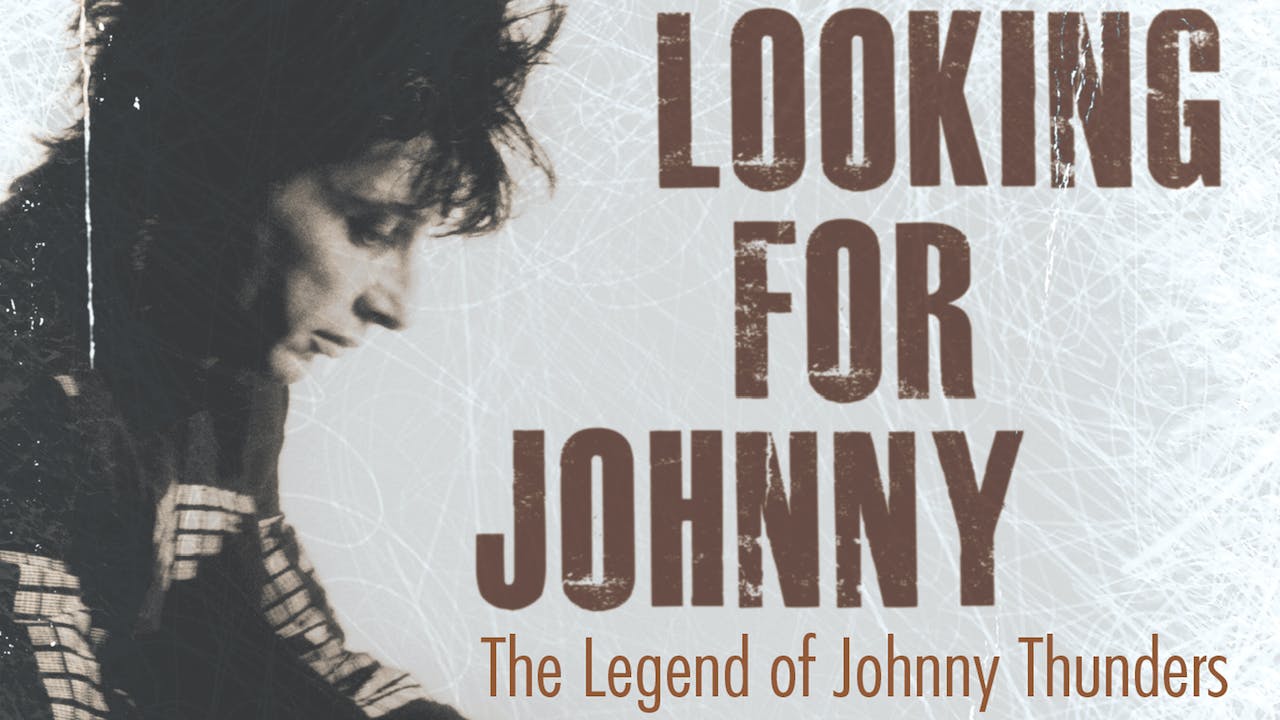 Johnny Thunders was the legendary hard-living rock'n'roll guitarist who inspired glam-metal, punk and the music scene in general. Looking For Johnny is a 90-minute film that documents Thunders' career from his beginnings to his tragic death in 1991.

When Johnny Thunders died in New Orleans on April 23rd 1991, he left behind a mystery. Though MTV and international broadsheets reported the guitarist's demise, for many in the mainstream, Thunders was perceived as an enigmatic outlaw. He was adored by a legion of devotees and cited as an influence by at least three successive generations of musicians.

Thunders refused to play the corporate game and was both elevated and damned for it. Looking for Johnny is the creation of Danny Garcia (The Rise & Fall of The Clash). The young Spanish filmmaker was seized by a question that wouldn't let go - "just who was Johnny Thunders?"

He spent 18 months travelling across the USA and Europe, filming interviews with fifty of the people who were closest to Johnny, building a compelling narrative drawn from first hand testimonies.

The film examines Johnny Thunders' career from the early 70's as a founding member of the influential New York Dolls; the birth of the punk scene with The Heartbreakers in New York City and London; Gang War and The Oddballs. It also explores Johnny's unique musical style, his personal battle with drugs and theories on his death in a New Orleans hotel in 1991 at age 38.