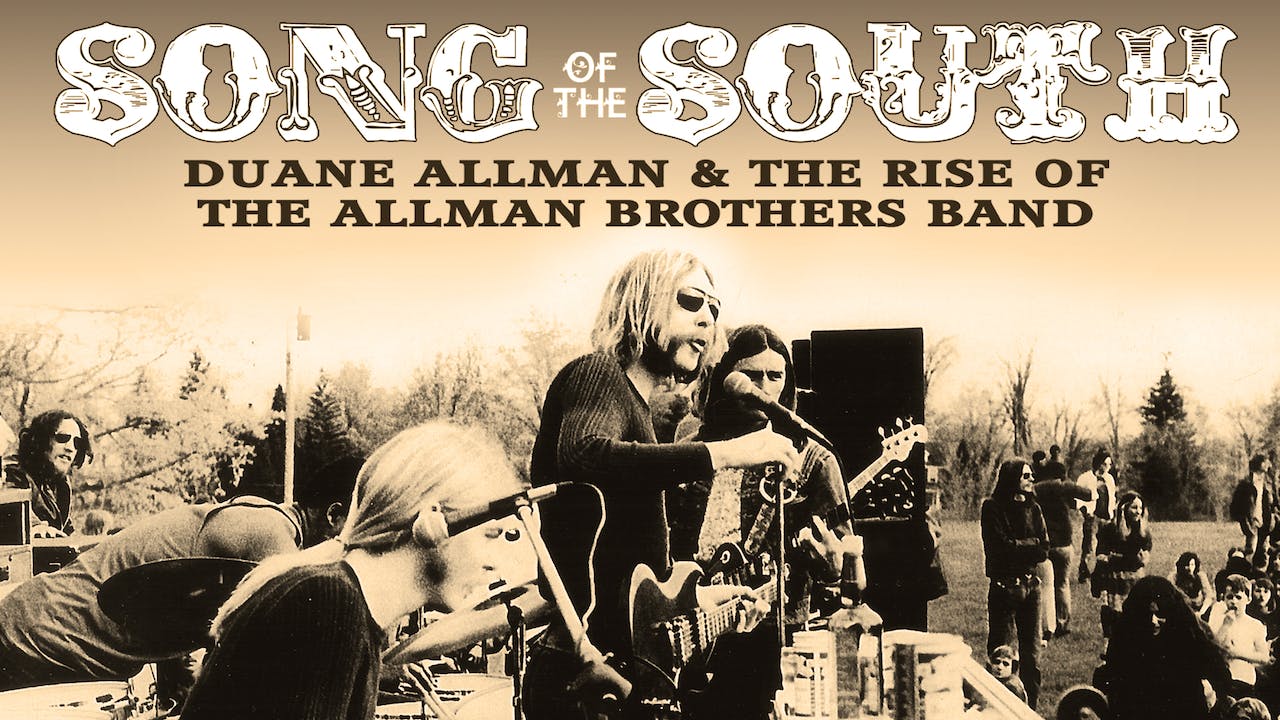 Duane Allman - Song of the South

n the early to mid-1970s a handful of bands from the Deep South reinvigorated American popular music by fusing blues, country and rock 'n' roll styles into a new and unique form.

But the man who had sparked this renaissance and who had struggled to gain acceptance in an industry firmly established in the North and out West, was by then just a memory. Duane Allman, the lead guitarist and driving force behind Southern Rock pioneers The Allman Brothers Band, lived a tragically short life, but during his brief career he changed music forever...

This film looks at Allman's life, work and musical output, from his early days in Florida to his influential session work in Muscle Shoals, his monumental collaboration with Eric Clapton in Derek & The Dominos and the inimitable virtuosity with which he set the Allman Brothers Band alight.

The film also includes rare footage of Duane and the band, exclusive and archive interviews and numerous previously unseen photographs, many from private collections.

"IT IS ACTUALLY A PRETTY DAMN GOOD IN-DEPTH DOCUMENTARY ON DUANE ALLMAN AND HIS LIFE AND CAREER, BOTH IN AND OUTSIDE OF THE BAND" - classicrockrevisited.com