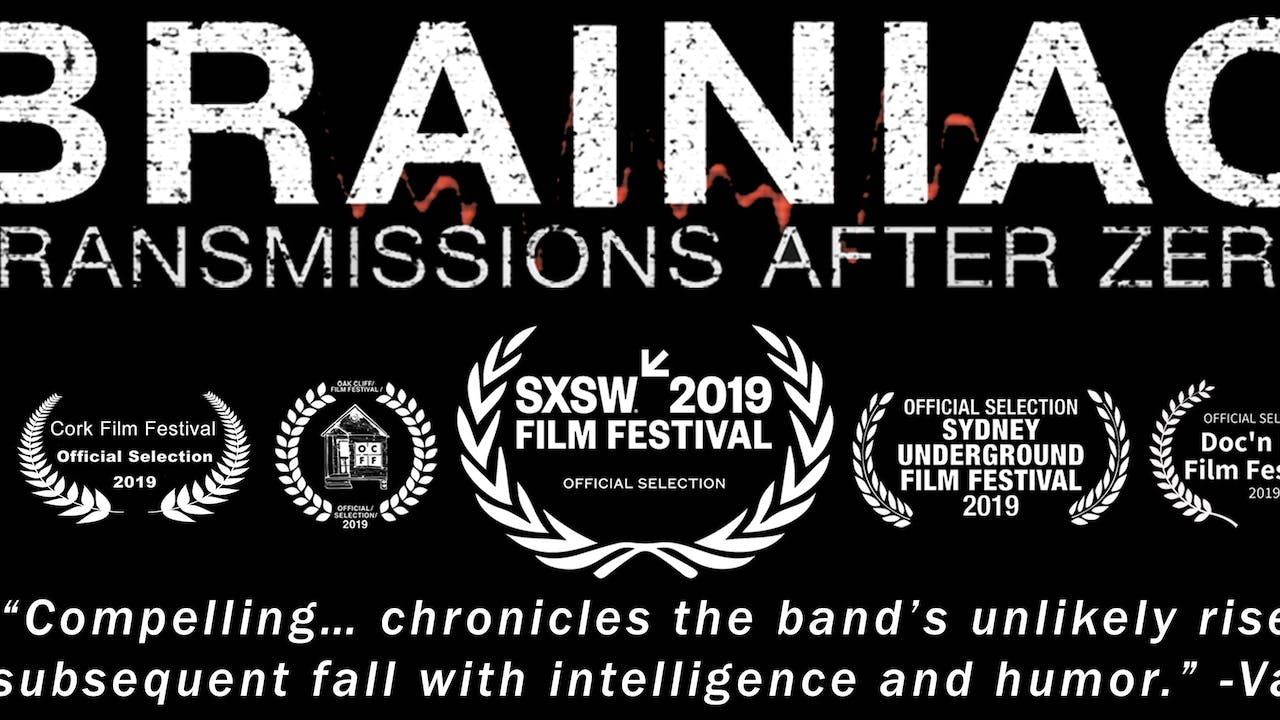 In the mid 1990's the Dayton, OH music scene was generating worldwide buzz from the influential indie rock being produced there. Arguably the most innovative was the band Brainiac, led by musical genius and charismatic front man Tim Taylor.

By 1997, Brainiac were regarded as one of the most innovative bands in the Alternative rock scene. They toured on Lollapalooza, opened for Beck and were in rotation on MTV. Just days before signing a major label record contract, Brainiac frontman Tim Taylor was killed in a bizarre auto accident leaving his family, friends and fans to pick up the pieces. This film celebrates the life and creativity of one of rock music’s unsung heroes and how people cope with extreme and sudden loss and life changes.

“Poignant and hilarious… heartwrenching and heartwarming, at the same time” -KEXP

“Brainiac: Transmissions After Zero sheds light on what it’s like to move on following tragedy, while beautifully telling the story of creative weirdos who developed their own musical language and whose influence continues to pulse through independent music culture today.” –Chicago Reader

“A cornerstone of Dayton’s thriving ’90s rock scene… In the years since, everyone from Trent Reznor to Wayne Coyne has expressed admiration for Brainiac’s distinct blend of noisy rock and extreme electronics.” –Pitchfork

“Before you think that this is a documentary about yet another rock musician who died in his late twenties, think again. ‘Transmissions After Zero’ is essential to where we are at socially, culturally and creatively in 2019.” -At Large Magazine

“Seeing how the journey of making the movie reunited these old friends and helped them heal is inspiring… Stylish directing and amazing sound design.” -Film Threat

“Music documentaries get released every year, but few of them leave you thinking that they had to be made. The movie relates the tragic story …, Brainiac were a uniquely special force in indie rock throughout the ’90s, but they’ve largely faded from public consciousness. This doc goes a long way toward righting that wrong.” -The Stranger

“The documentary is an excellent primer that should help to secure Brainiac’s place in music history… this may well be an introduction to their new favorite band.” -Austin.360