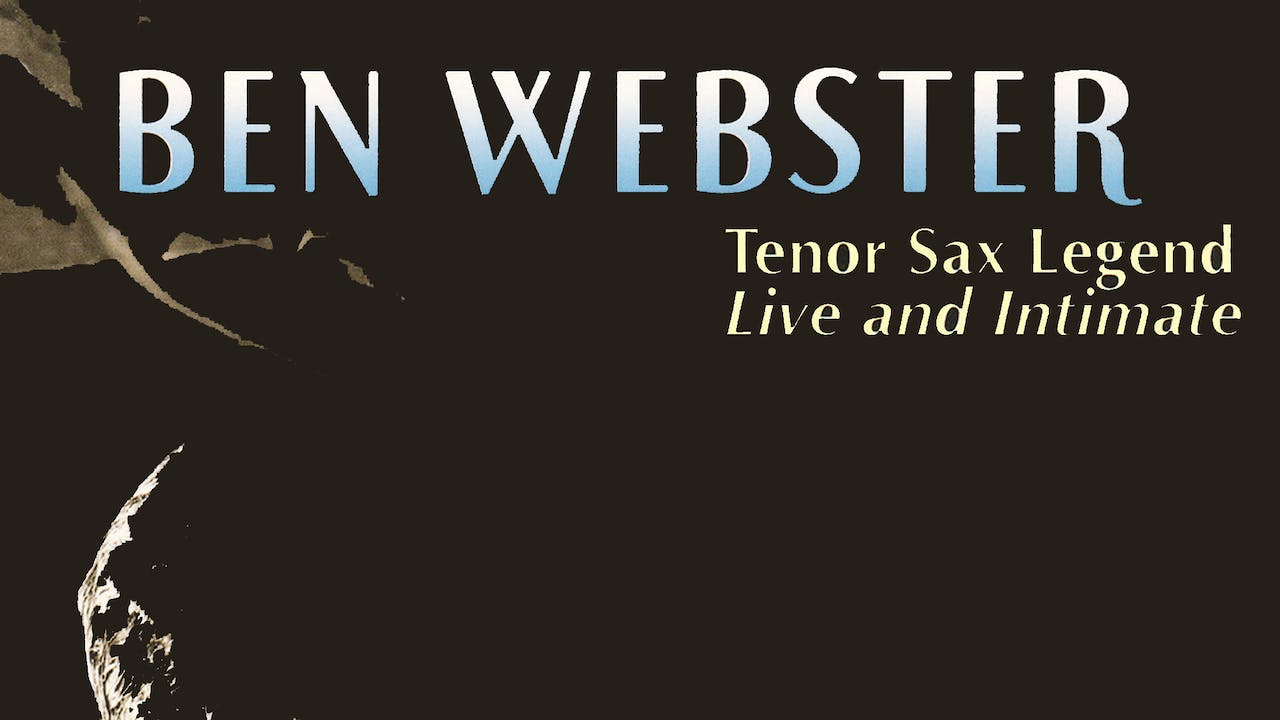 Four rare programs filmed in Europe between 1965 and 1971 featuring Ben in three concerts and one documentary. Three concerts from the archives of Danish TV, show Ben in a variety of settings - with a trio, a big band or playing in front of a large string ensemble. The 1971 documentary BIG BEN is highlighted by rare intimate moments with Ben, one of the few times he talked openly about his career.

Ben Webster, born March 27, 1909—died Sept. 20, 1973, is considered one of the most distinctive of his generation, noted for the beauty of his tenor saxophone tone and for his melodic inventiveness. He is one of the jazz greats and these concerts and the documentary shed light on his influential life.

“Coleman Hawkins, Lester Young, and Ben Webster were the founding emperors of the jazz tenor saxophone. Hawkins more or less invented the instrument, Young reinvented it tonally and melodically (Hawkins sped through the chords, while Young floated above), and Webster developed an enormous lyrical sound and swinging directness—an easy, embracing quality—that touched you in a way that Hawkins and Young, for all their genius, rarely did. Webster had rummaged around in Hawkins's style for most of the thirties. Then, in 1940, he joined Duke Ellington and fell under the sway of the magical Johnny Hodges, who by example taught him about tone and emotion, about how to trap his listeners. When he left Ellington, in 1943, and joined Sid Catlett on Fifty-second Street, he had perfected his huge style.
It came in three speeds. He seemed to breathe rather than play his slow ballads; he'd start phrases with a whispering breath that would grow majestically into a full tone, then gradually melt back into breath—a kind of aural appearing-and-disappearing act. Webster's ballads were intimate and cajoling, but never sentimental. Everything tightened when he played the blues. The breathiness vanished, and his phrases became short and hard; he preached and badgered. His ballads insinuated, but his slow blues were in your face. Webster swung irresistibly in medium tempos. His blues moved at a run, and if he played a thirty-two-bar song he would alter the melody discreetly in the first chorus, then elbow the melody aside, replacing it with pure blocks of sound. Fast tempos sometimes got away from him. He'd coast through his first chorus and, either angry or perhaps hungover, start growling, an abrasive sound that would finally end a chorus or two later with a shuddering, out-of-my-way tremolo. But sometimes this abrasiveness worked, as in Webster's celebrated roaring solo on Ellington's "Cotton Tail." In the late forties, with Webster sailing along, jazz was struck by a cataclysm it still suffers from. Art Tatum and Charlie Parker began flooding the music with sixteenth notes and cascading, glissandolike runs and arpeggios, and they turned jazz into a baroque music.
Webster became one of the last non-rococo players, a champion of quarter notes and whole notes. But the thousand-notes-a-chorus musicians who eventually surrounded him made his rich, wasteless lyricism sound monumental.”
The NEW YORKER.