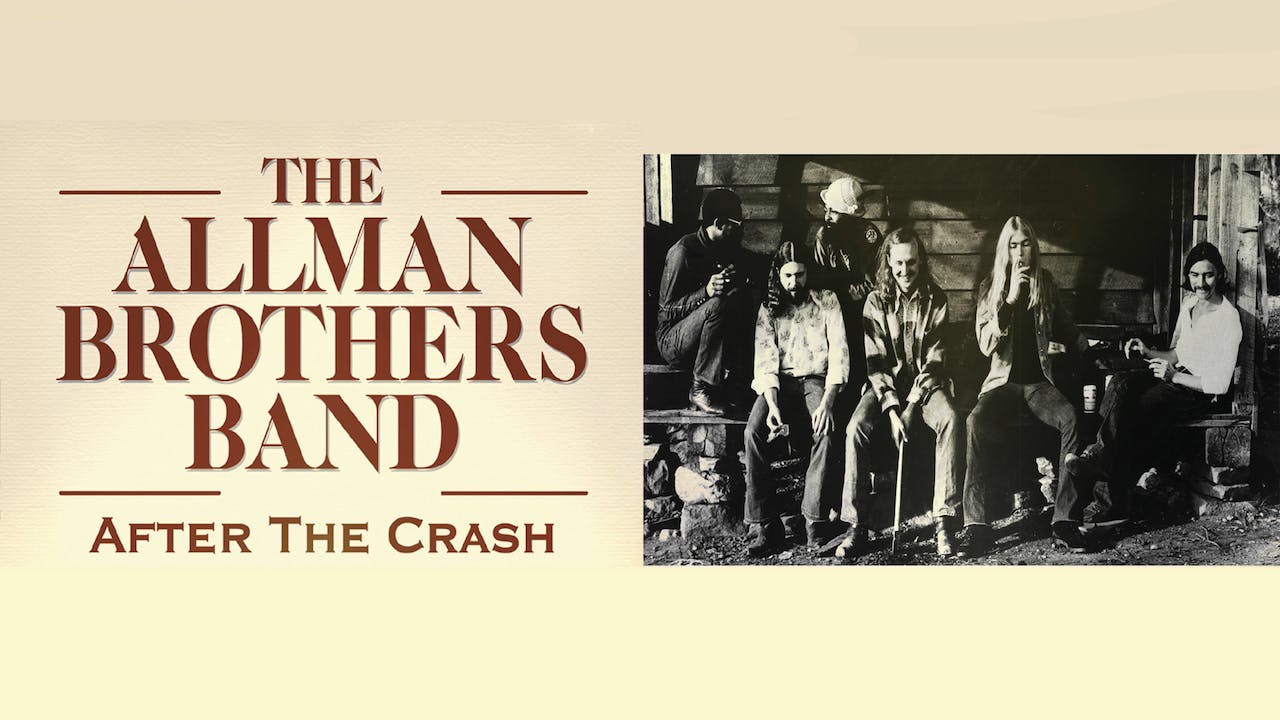 The Allman Brothers Band - After The Crash

When the Allman Brothers band broke out of Macon, Georgia in the late 1960s, it was as standard bearers of a new movement known as 'Southern Rock’.

Although they remained an underground act for some time, their distinctive sound and dynamic live shows, all but dominated by the unique guitar playing of Duane Allman, ensured that they, slowly but surely, built a dedicated fan base and an ever rising profile in the media.

The sudden death of Duane in 1971, following a tragic motor cycle accident, came at a time when the band were reaching the creative peak of their career and had honed their musicianship to such an extent that they were ready to carry the quality of their live performances into the recording studio. So as the Allmans began a new chapter in their story, the road ahead, while embellished by some of the finest music to come out of America in the 1970s and beyond, was also fraught with difficulty, hardship and further tragedy, but eventually proved a triumph for one of rock 'n' roll's greatest survivors.

This film, from the producers and directors of the critically acclaimed Song Of The South - Duane Allman & The Rise Of The Allman Brothers Band, this time takes the story of the post-Duane years and, with the contributions of past members and those closest to the band across this period plus superb archive footage and classic interview material, pieces together, in the best way possible, the fascinating history of this legendary group who continued to perform and record almost 50 years after first treading the boards as a young but hugely credible and enormously ambitious collective.

This is the sequel to https://www.backbeatdocs.com/duane-allman-song-of-the-south